The Diverse World of Paprika

The Diverse World of Paprika

One of the most well-known spices in the world, paprika is a mainstay in spice cabinets across the globe. Among cooks, paprika is known just as much for the vibrant red color it imparts as for its bright, fruity, and sometimes spicy or smoky flavor. It is versatile enough to play a role in countless seasonings and spice blends as well as be a go-to topping for potato salad and deviled eggs. 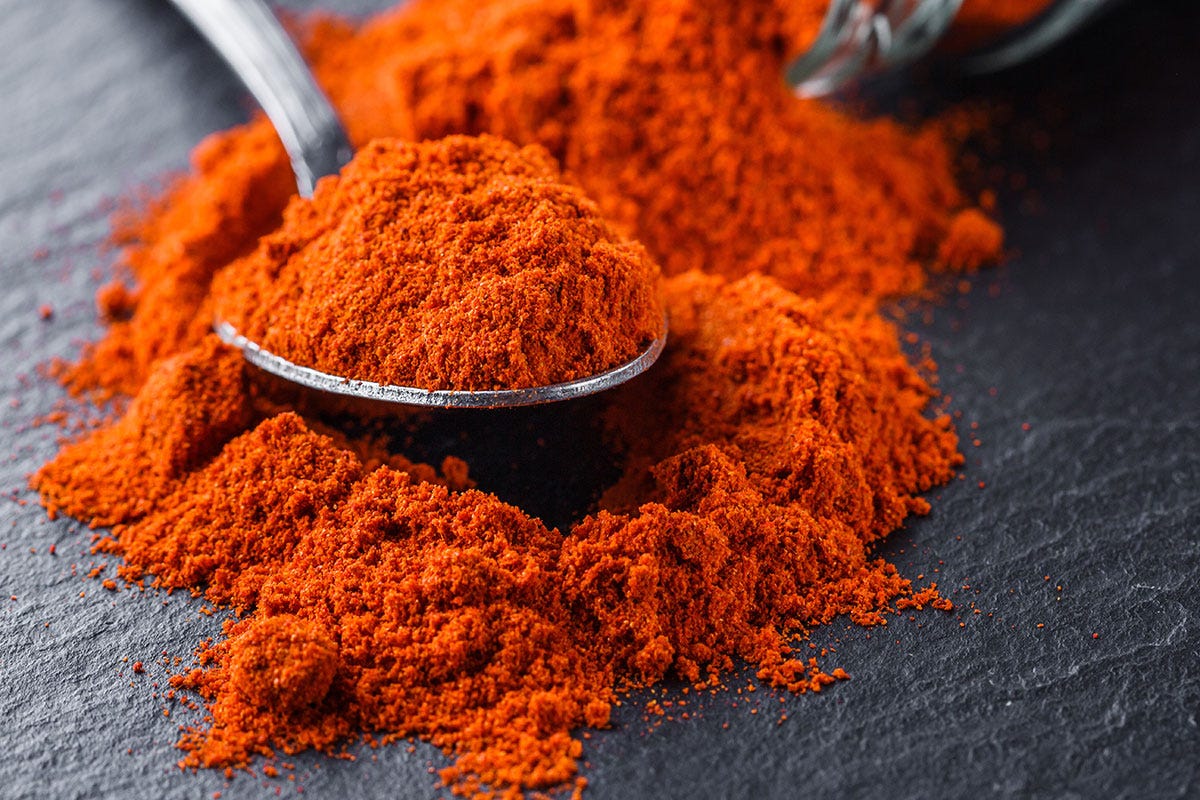 What is Paprika Made Of?

A member of the Capsicum annuum pepper species (along with cousins cayenne, bell, jalapeño, and more), paprika is made from grinding the pods of various kinds of dried peppers. The variety of pepper used and how it is processed affects its color and flavor, ranging from bright red to deep brown, and spanning sweet, hot, and smoked – and just about everywhere in between. [caption id="attachment_14590" align="aligncenter" width="1200"]

(left to right) Culinary versatility: use paprika before and after food preparation[/caption] Originally cultivated in Central Mexico in the sixteenth century, paprika was brought to Spain and eventually around the world. Today, a paprika's identity is often defined by one of two countries at the forefront of paprika production, Spain and Hungary, where it is an iconic staple of both countries' culture and cuisine. In Hungary, paprika is considered the national spice and stars in its most beloved dishes, including goulash (beef and vegetable stew) and chicken paprikash (chicken slow-cooked in a paprika cream sauce). There are eight types of Hungarian paprika, all of which have some degree of rich, sweet red pepper flavor, but range in potency and heat. [caption id="attachment_14591" align="aligncenter" width="1200"]

(left to right) Iconic Hungarian Paprika dishes: goulash and chicken paprikash[/caption] In Spain, paprika is known as pimentón. Spanish paprika is usually considered less intense than its Hungarian counterpart and is also sold in several varieties, including sweet, hot, and smoked. Smoked paprika is made from drying peppers over an open fire, which imparts a deeper, smoky flavor, and is famously used in making Spanish chorizo (sausage) and paella (rice cooked with saffron and regional ingredients). [caption id="attachment_14592" align="aligncenter" width="1200"]

Paprika is packed with nutrients and natural pepper compounds including vitamins A, B6, potassium, and beta-carotene.

Use this information as a foundation, along with a few helpful tips. [caption id="attachment_14589" align="aligncenter" width="1200"]

(left to right) adding color and flavor: hummus and avocado toast[/caption] At The Spice and Tea Exchange®, we offer a variety of different types of paprika products and blends to explore and enjoy. Whether to season, flavor, color, or garnish, we can’t wait to see how you use our different varieties of paprikas! Share them with us on Instagram @spiceandtea.

Spanish paprika is considered by many to have a smooth flavor that blends best in Mexican and Latin dishes. Try the sweet or hot variety in any basic recipe using paprika including (but not limited to): deviled eggs, potato casseroles, roasted chicken, chili, and more. Spanish Sweet Paprika Spanish Hot Paprika

Our Spanish smoked paprikas are made from drying peppers over an open fire, which imparts a deeper, smoky flavor. Try as a dry rub for meat and vegetables or on avocado toast. Smoked Sweet Paprika Smoked Hot Paprika

Hungarian for pepper, this robust paprika is used in traditional dishes such as chicken paprikash, goulash, paprikás krumpli (pan-fried potatoes), zsíros kenyér (fatty bread), and more. It is commonly sautéed with onions as the base of many Hungarian stews. Hungarian Sweet Paprika Hungarian Hot Paprika
by Spice & Tea
Posted in: Flavor How-To's
1 comment
Comments
Leave your comment
Your email address will not be published
Luc
Just to add something to your comments about colors 'and colors range from a bright red to a deep brown'. Paprika with brown hues (leat alone deep brown) shows an adulteration with a bulking agent known as papriwaste or spent. Papriwaste is a residual matter remaining after the oleoresin making-process, which many manufacturers mix up with the real thing in order to make a lot of money. Also, brown paprika may shows that the product has become very old or hasn't been properly stored, kept off light or heat sources. So, paprika must be RED. When you see a brownish paprika, specially if the price is unusually cheap, means that you are buying waste.
Reply

How to Make an Easy, Homemade Matcha Iced Latte

All About Iced Tea, Cold Brew Tea, and How to Sweeten Tea
My Wish List
Last Added Items
Go to Wish List
You have no items in your wish list.